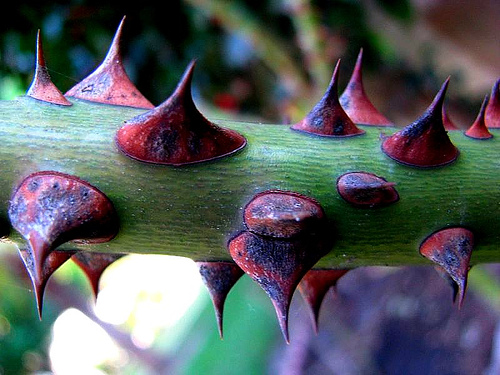 A couple of years ago, I went to visit a woman in our local hospital who was dying. It became even clearer to me that she was close to death when I entered her room. As we were talking back and forth, she made an interesting comment to me. “Pastor, I have peace knowing God has given me this sickness. It’s my thorn. And of course it is too His glory.” I stood there and remembered many times over the years I had heard Christians make that comment. I knew it was a wrong statement every time I heard it. You see it doesn’t line up with the Word of God. First of all, God didn’t send His Son Jesus to the Cross so that we can all have thorns in us. To think that denies the work of the Cross. Further, I can’t find anywhere in the Bible where God says He hands out sickness or disease to the righteous. What God does do however is pass out sickness and disease to those who refuse to repent from their sin.

Thorns in us are not to Gods Glory

The woman in the hospital bed had wrongfully confessed her situation before her Creator and it became her death sentence. (Mt 10:32) Worse, because she had come to terms with her impending death, she didn’t want me to pray for her healing. She had been lied to by the demonic realm and never discerned the lie as not being from God. More than likely, she got sick because of sin in her life and then heard a lying spirit tell her that it was to the glory of God. As so many do, when she heard that word, she accepted the lie and then lived with it. This is one of the reasons God spoke to Hosea when He said, “My people are destroyed for lack of understanding.” (Hos 4:6) She died a couple of days later in her sin.

What bothered me as I walked out of her room was that the moment she leapt out of her body at death she would know the truth and there would be no fix. While I was certain she would go to Heaven, what a waste as she left behind loved ones who would have rather had her here. Can you imagine how many people die and don’t know the truth of Jesus? They leap out of their bodies and they also know the truth instantly, but for them there is no fix either. Oh we have work to do…

Let’s take a closer look at what Paul said to us in the scripture above. “Lest I should be exalted above measure by the a abundance of the revelations” Paul was given tremendous insight into the Kingdom of Heaven, the second heaven and the spiritual realm. God knew that Paul would walk in pride and have others exalt him if he didn’t buffet him.

Galatians 1:11-12 (NKJV)
11 But I make known to you, brethren, that the gospel which was preached by me is not according to man.
12 For I neither received it from man, nor was I taught it, but it came through the revelation of Jesus Christ.

Paul was given so much revelation that he even said he would rather be dead and with Jesus then on the earth.

Philippians 1:23-24 (NKJV)
23 For I am hard pressed between the two, having a desire to depart and be with Christ, which is far better.
24 Nevertheless to remain in the flesh is more needful for you.

So, what was is it about this thorn in Paul? What was the thorn? He told us what it was; “A messenger of Satan was sent to buffet me” Paul asked God three times if He would heal him but God said, “No.” What we should learn through this scripture is that Paul was given revelation and it came with a price. Have you been given tremendous revelation about Christ or the Kingdom of God? And if so, are you prone to walking in pride? If you can answer yes to both questions, you might just have a thorn so that you don’t walk in pride.

The woman in the hospital bed died because she had a thorn in her, but it wasn’t because of any revelation God had given her. No, it was her sin that killed her. Satan is a murderer, a liar, a thief and a destroyer. Do not think for a moment he won’t do all he can to entice you into a place of sinning before God so that he can have a place in your life. He wants to be your thorn. Just know that it won’t be because God wants you to have it.

Just know thorns are not to Gods glory. They are reserved for those who can take away the sins of the world and a select few who have been given great knowledge about Christ and His Kingdom. Hidden truths. But maybe you have a thorn or two. The only way to get rid of them is to do what Jesus taught us to do. Confess your sin with someone and have them pull it out for you. Then have them plead the Blood to get rid of the infection in you.

Do not think for a moment that God is going to exalt you instead of His Son. Jesus wore thorns for you. That should be more than sufficient for your life. Repent before your thorn(s) grows into a death sentence as the woman I visited in the hospital. Find someone who you can confess your sin to and then have them remove the thorn with the Name of Jesus.

I care about you as a human being. You are truly important to God and He will set you free if you will but follow His commands.

With love and respect for you, 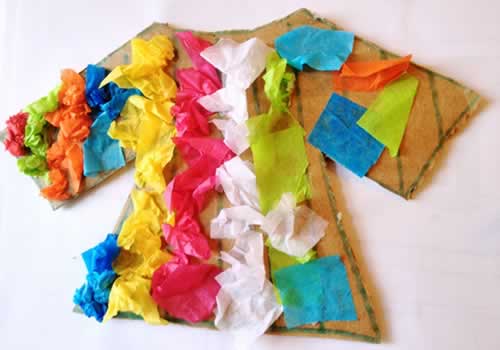 Putting On Your Armor 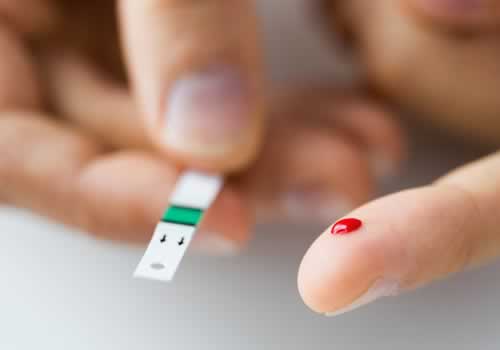 When God Shows You A Vision