Many Christians today hold to the idea that we live on an earth where things just happen as part of nature. In fact, I hear believers often refer to this as being an act of ‘mother nature’. Who in the world is ‘mother nature’?

When God formed the heavens, He told them how to look, what type of substance they would have and how to interact with each other. As part of creation, He placed an order among everything, even down to the atoms and electrons. All things have weight and a specific gravity. Just as planets rotate around each other holding each other in place, so does everything at the molecular level.
Around the world, we see weather patterns which are changing today as they grow more intense. Throughout many lands including the United States, we are seeing more and more areas under famine. California has lost almost all of its reserves and Texas and other states are losing their water at an alarming rate. We are watching as rains are coming down so hard in the areas where famine is taking place, the results are flash flooding and loss of life.

Is ‘mother nature’ angry with us? Or could we really be seeing God moving in all this? Actually, to think otherwise would be foolishness on our parts. God controls the weather. We like to blame Satan for tornadoes and hail, even the flooding, but never consider that God is the one who is in control. It would be wise for us to remember God’s throne is over Satan’s. God rules in the third Heaven and Satan rules from the second. We are under the first. This should be a clue as to who is in control of who.

Let’s look at a few scriptures and see what the Bible teaches us about weather. In the book of Job, the Lord showed up at the end and told the man to stand up and answer His questions. Here are a few of them.

Job 38:1-4 (NASB)
1 Then the LORD answered Job out of the whirlwind and said,
2 “Who is this that darkens counsel By words without knowledge?
3 “Now gird up your loins like a man, And I will ask you, and you instruct Me!
4 “Where were you when I laid the foundation of the earth? Tell Me, if you have understanding:

Job 38:26-28 (NASB)
26 To bring rain on a land without people, On a desert without a man in it,
27 To satisfy the waste and desolate land And to make the seeds of grass to sprout?
28 “Has the rain a father? Or who has begotten the drops of dew?

The Lord was asking Job question after question and wanted an answer. What could Job say? He was hearing for the first time that The Lord is in control of all things.

Now… God hears our prayers in every matter on the earth. For example, there is an interesting story with a man named Elijah. He prayed for a famine and God granted his prayers. Let’s look at the scriptures.

1 Kings 17:1-3 (NASB)
1 Now Elijah the Tishbite, who was of the settlers of Gilead, said to Ahab, “As the LORD, the God of Israel lives, before whom I stand, surely there shall be neither dew nor rain these years, except by my word.”
2 The word of the LORD came to him, saying,
3 “Go away from here and turn eastward, and hide yourself by the brook Cherith, which is east of the Jordan.

Here we find the prophet going before king Ahab to tell the king it was not going to rain for a period of time. The land was going to dry up until he spoke out the end of the famine. Now, you might wonder how Elijah had known there wouldn’t be any rain. Not only was he a prophet, who heard the Word of the Lord, but we also find that he was a man who prayed.

James 5:17 (NASB)
17 Elijah was a man with a nature like ours, and he prayed earnestly that it would not rain, and it did not rain on the earth for three years and six months.

Isn’t it interesting that James wrote about this event so we could understand it better later in history? I love that about the Bible. Scripture builds on scripture. Precept upon precept.

Later on, it was Elijah who released the famine on the land at the word of the Lord.

1 Kings 18:1 (NASB)
1 Now it happened after many days that the word of the LORD came to Elijah in the third year, saying, “Go, show yourself to Ahab, and I will send rain on the face of the earth.”

There are many scriptures attesting to God being in control of the weather around us.

2 Samuel 22:14-16 (NASB)
14 “The LORD thundered from heaven, And the Most High uttered His voice.
15 “And He sent out arrows, and scattered them, Lightning, and routed them.
16 “Then the channels of the sea appeared, The foundations of the world were laid bare By the rebuke of the LORD, At the blast of the breath of His nostrils.

Do we just stand around and watch the weather destroy out cities and lands? Not if we are a believer in Christ. Jesus actually showed His disciples that they could calm the storm. Yet I don’t see many believers doing that. Where are we disconnected in our understanding in all this?

I love the fact that Jesus came and showed us there is a better way to live. All we have to do is use His Name. The name above all names. Can we tell tornados to move? Yes! Can we tell the rain to stop? Yes! Can we command the storm to go around us? Yes! You just need to use the Name of Jesus and speak as if you have authority over the storm. That is what Jesus taught His disciples to do. Nothing has changed.

I want to share a short story with you in closing. Years ago, Debbie and I took some friends of ours on a short hike to an area where there is a spectacular river. It roars like waters cutting the Grand Canyon, but on a small scale. Then the water goes down a hole in the ground and shoots out on the other side of a small hill. There is a great place to sit down and watch the water come shooting out. We loved to go there and picnic with our family and wanted to share the experience with our friends.

As we were back watching the water shoot out, eating some lunch, a storm began to brew around us. It was dark and ugly. Lightning and masses amount of water was dropping in sheets of black all around us. It hadn’t gotten to us yet, but the thunder was so loud we had to cover our ears.

I told the group we needed to head to our car. As I stood up, I said, “In the Name of Jesus, I command safe passage with no harm to this group. I command the rain to go around us until we get to our car.” As we headed back to our car which was about a quarter mile away, not a drop of rain touched us, but it looked as if we were in the middle of the ocean with currents of rain and lightning coming down around us. It was spectacular and terrifying at the same time.

The moment we got to the car, the heavens opened up around us. Literally. That storm was amazing in strength. But God heard my prayer and gave me what I asked for; safe passage until we got to our vehicle.

God loves you! He is mighty and powerful and often will bring a storm your way to see how you will respond to it. You can ride it out and watch as it rips out the foundations of trees and homes or you can command it to go around you or your loved ones. The choice is yours. By the way, it only takes a mustard seed of faith to move a storm. Stick a mustard seed in a pot and don’t let the devil add any doubt to your ingredients and you will see God move for you. The moment you doubt, your prayer is dismissed. 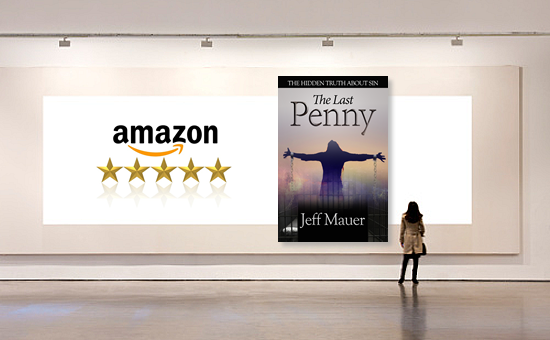 The Power Of God To Change Us